A specialist in collaborative robots has won a prestigious global award for its work with Ford.

Reeco Automation has received the Henry Ford Award for its partnership with Ford’s engine plant in Bridgend in successfully integrating a collaborative robot (known as ‘cobots’) into its manufacturing process.

Seven entries from Ford plants around the world were assessed by judges before Reeco was chosen as the winner along with Ford engineers, Gary Greenaway (Senior Supervisor) and Phil Moreton (Senior Emerging Technology Engineer). 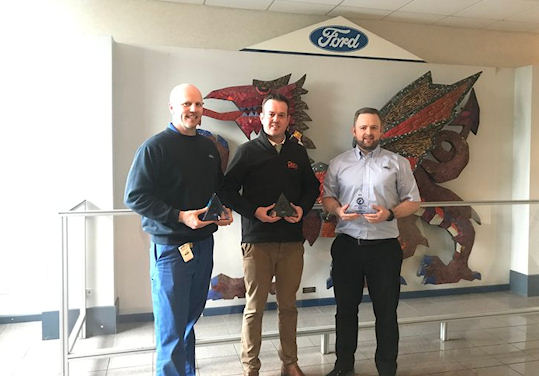 The high-profile success has resulted in Reeco being put forward by Ford for similar projects at some of the motor giant’s other sites internationally.

Llewelyn, whose company is based in Caersws, Powys, said: “To win the Henry Ford Award is a fantastic achievement for everyone involved, both at Reeco and the team at Bridgend Ford with whom we worked so closely.

“Both larger and smaller manufacturers are increasingly seeing the benefits of integrating cobots into their production processes, not to replace the human workforce but to complement them.” 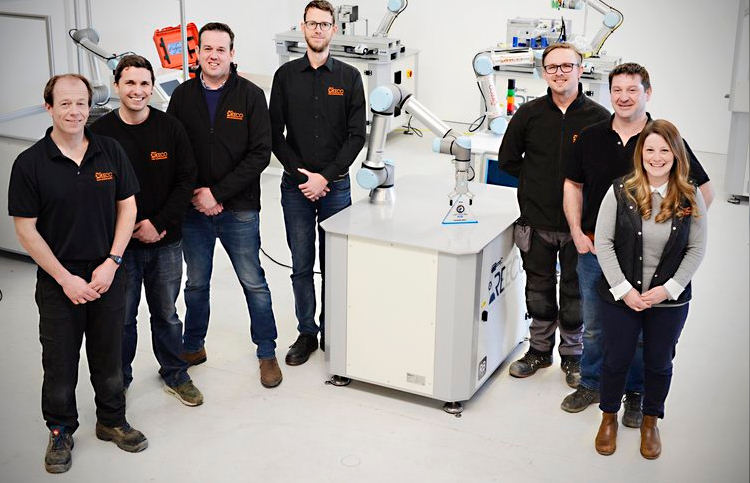